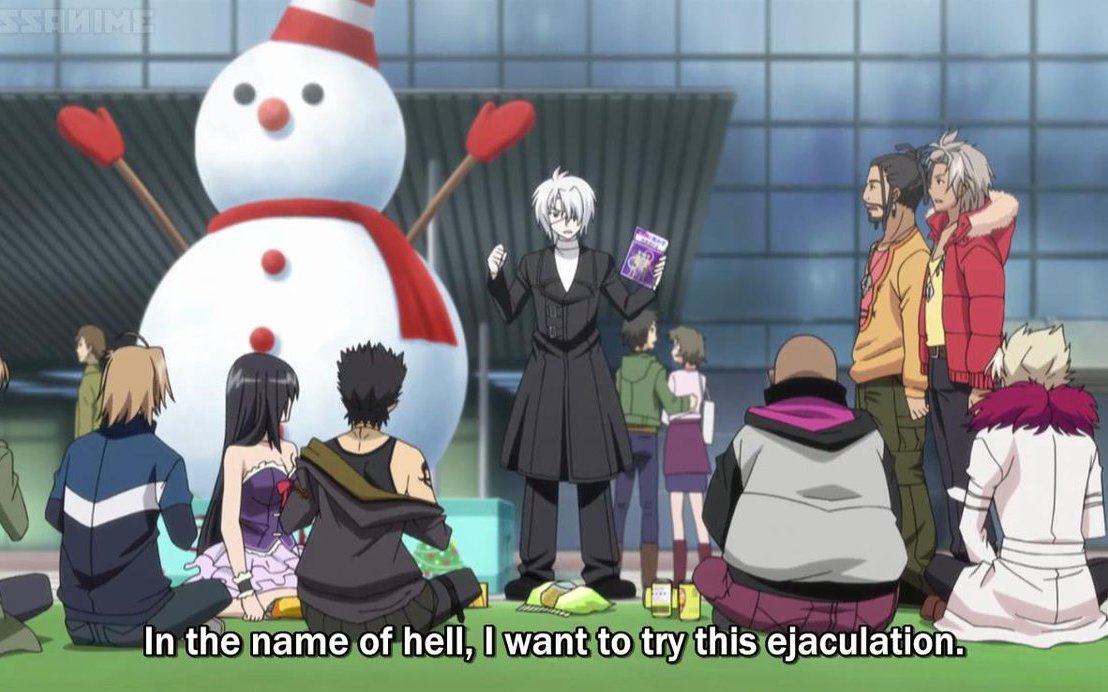 “Okay, class,” he began. “In order for this spell to work, you must have a very… suggestive thought on your mind as you’re doing this. It’s not uncommon to have an image of something in your mind while casting, but in this case, it’s required.” The professor got into position, sticking his arm straight out and pointing a finger directly at Miko. “Once you have the thought in your mind, and a steady aim, just chant: Clap it from the back and fire.”

Without even a second passing after short incantation, the spell activated. From the very tip of the professor finger, a white liquid fired out, looking like something out of a child’s water gun. Its spray was narrow and quick and reached it’s intended target: Miko. As the liquid reached her face, it exploded, covering most of her face. With her one eye that wasn’t covered in it, she couldn’t help but stare at the professor in shock, trying her best not to open her mouth. She slowly brought her hand up and gently tapped the liquid, thick to the touch and sticking to her fingers with a strange, musty smell. Miko’s mind went blank as she tried to figure out what splattered across her face. She looked at Hidane for support, but started trembling when she saw the horrified look on his face.

Still confused by the effect of the incantation, the professor picked up the book and opened directly to the page that it was on, reading it one more time. He quickly accepted the results, closing the book again, “I guess the incantation was exactly as it said. Huh, wasn’t expecting that.” The professor looked at Miko, giving her an apologetic smile, “At least it was just a demonstration instead of its intended use.”

Miko felt a bubble of pure rage building up in her chest. As much as she wanted to scream at her professor, she didn’t want to taste the thick liquid in her mouth. Instead, she carefully walked off of the lawn of the campus grounds, her body stiff to make sure the liquid didn’t trickle and land on her uniform, and headed for the showers in the main building.

I’m never being a volunteer ever again!